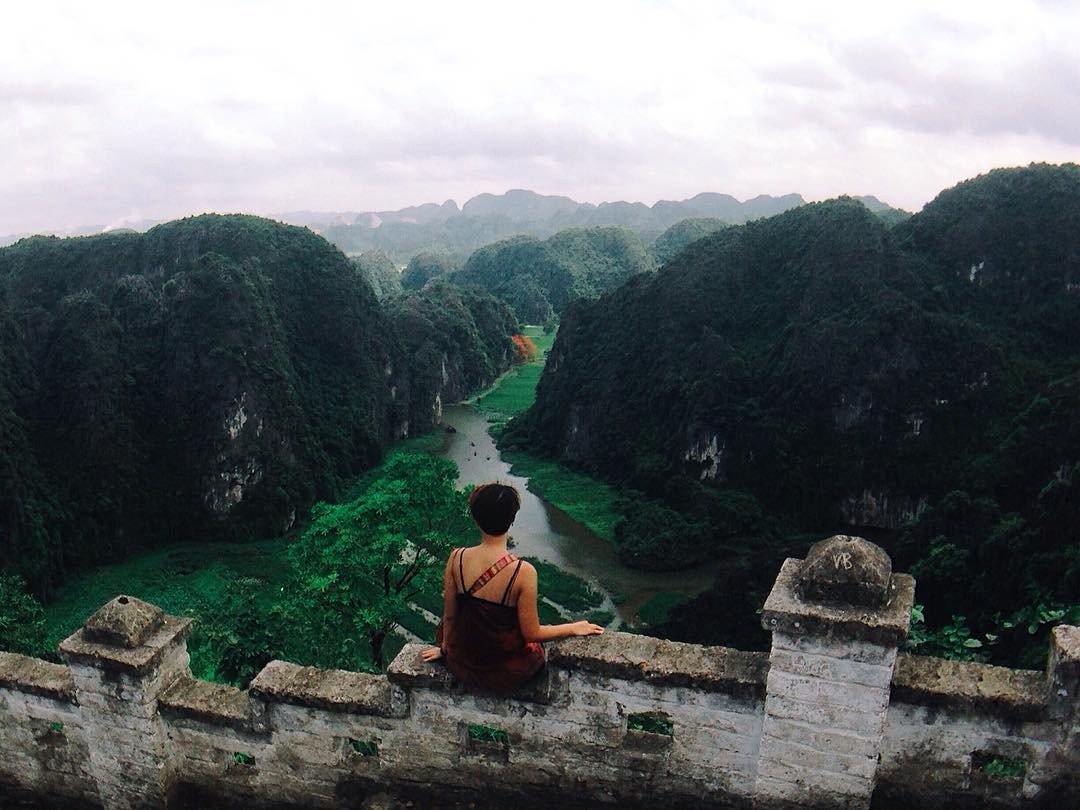 Am Tien cave is located in Hoa Lu ancient capital relic, Ninh Binh province, about 10 km from the city center. Am Tien Cave is known as the “paradise place on earth” and the youth called “Tuyet Tinh Coc” “Am Tien Cave” in Ninh Binh
Legend has it that Dinh dynasty used this cave as a dungeon. The king bred tigers and panthers there to torture those who committed serious crimes. Later, the cave was no longer used as dungeon. In Ly dynasty, Zen master Nguyen Minh Khong built a Buddhist shrine in the cave. After that, in order to commemorate his works, people built more shrines in the cave. The beautiful scenery in the cave with an addition of Buddhist shrine can sure satisfy tourists.

Mua Cave is considered one of the most picturesque “live virtual” in Ninh Binh with the advantages of converging from the majestic mountain scenery, the beautiful fields of Tam Coc area and especially the simulation the architecture of the Great Wall.

10:00 We pick you up at your hotel, departure for Am Tien Cave.
10.30: Arrive in Am Tien Cave (Tuyet Tinh Coc)
Am Tien cave is located halfway up the mountain, most of the cave is surrounded by high erect mountains. Tourists must climb through 205 stone steps through the cliff in order to reach the cave.
Am Tien cave faces west, you can watch sunset and see a large lake that called Ao Giai (full of lotus, water lilies, Anabas testudineuss tongtruongensis and turtles) from the cave gate.
Looking down from the Am Tien pagoda, tourists will see the vast expanse of the majestic landscape here with high mountains and spacious clear lake.
12.00: Have lunch at the local restaurant near Hoa Lu.
13.30: Visit Mua Cave.
Coming here, you will be leisurely hiking with 486 stone stair-steps to the top Ngoa Long mountain. From the peak, you will admire the majestic panoramic views of Tam Coc with rice fields on Ngo Dong River.
15.30: Getting on the car back to your hotel. Tour end.