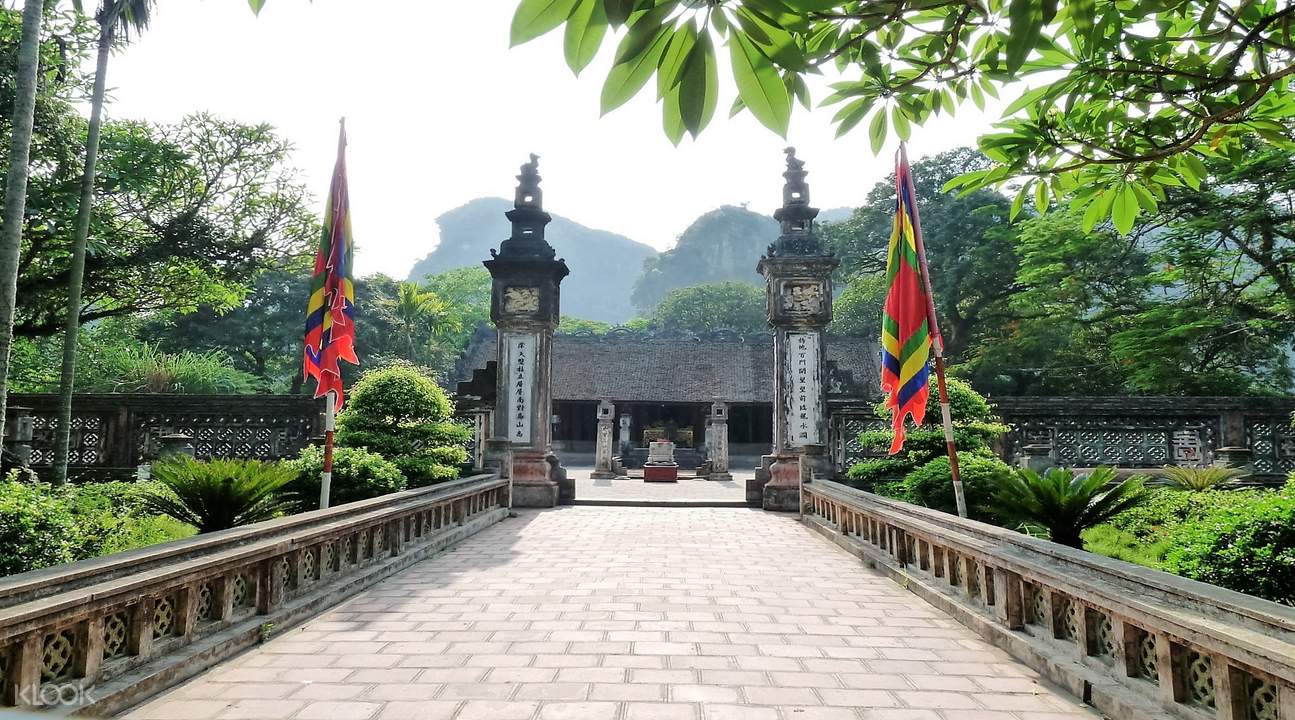 Please remember to bring your hat, sunglasses, camera and most of all…your sense of adventure. Mua Cave is situated at the foot of Mua mountain which shapes like a bell with a width of around 800 square metres. On both the left and right of stair case is decorated stone with dragon and phoenix carvings. On approach to the cave zig zagging through the karst, there are nearly 500 steps to a simple altar to Quan Am (the Goddess of Mercy). Of note, the entrance to cave has been compared to the “ Great wall of China ”. Legend of Mua Caves Ninh Binh : According to Vietnamese legend, when King Tran arrived at Hoa Lu to establish Thai Vi temple, heenjoyed dancing performances by imperial working ladies. In Vietnamese “mua” means dancing and therefore the cave was named “Hang Mua”. Tourists setting foot on this site normally try to conquer the peak of mountain in order to look down the stunning beauty of Ninh Binh.

In particular, Tam Coc, where floating boats abound amongst the rice fields on Ngo Dong River.

– After Mua Cave we go to Hoa Lu, “Hoa Lu Ancient Capital”. In 968, Dinh Bo Linh declared himself as the King. Since then Hoa Lu existed as the capital for the next 41 years (968 – 1009), of which 12 years was under the Dinh dynasty – King Dinh Tien Hoang, the country named Dai Co Viet, and 29 years later was under the Le dynasty – King Le Dai Hanh. In 1010, King Ly Thai To moved the capital from Hoa Lu to Thang Long – the present day Hanoi. Hoa Lu became the old citadel. In Hoa Lu there are now 2 temples that have been built on the ground of the old royal palace. One is dedicated to King Dinh Tien Hoang, the other is to King Le Dai Hanh. The visit offers a chance to know more about part of feudal dynasties and historical periods in Vietnamese history.

After lunch has settled leave for the Trang An Grottoes, an out- standing natural beauty of majestic limestone mountains risingdramatically out from rice paddy fields. Deep into the linked chains of towering mountains are pristine places of mystical valleys, numerous fresh water ponds, andforestation. Embark on a traditional sampan gently rowed down the exquisite river through numerous  caves: Hang Toi ( Dack ) cave, 320 meter long, Sang (light) cave, 90 meter long, and Hang Nau Ruou (Cooking wine) cave, 250 meter long…  Every passage brings new surprises of  mystery hidden inside isolated valleys of tranquility that transforms you to another world and time. The fauna and flora is rich and sights of mountain goats jumping from one cliff to the other is common.

Late Afternoon the driver will pick you up  and return to Bai Dinh Garden Resort & Spa.